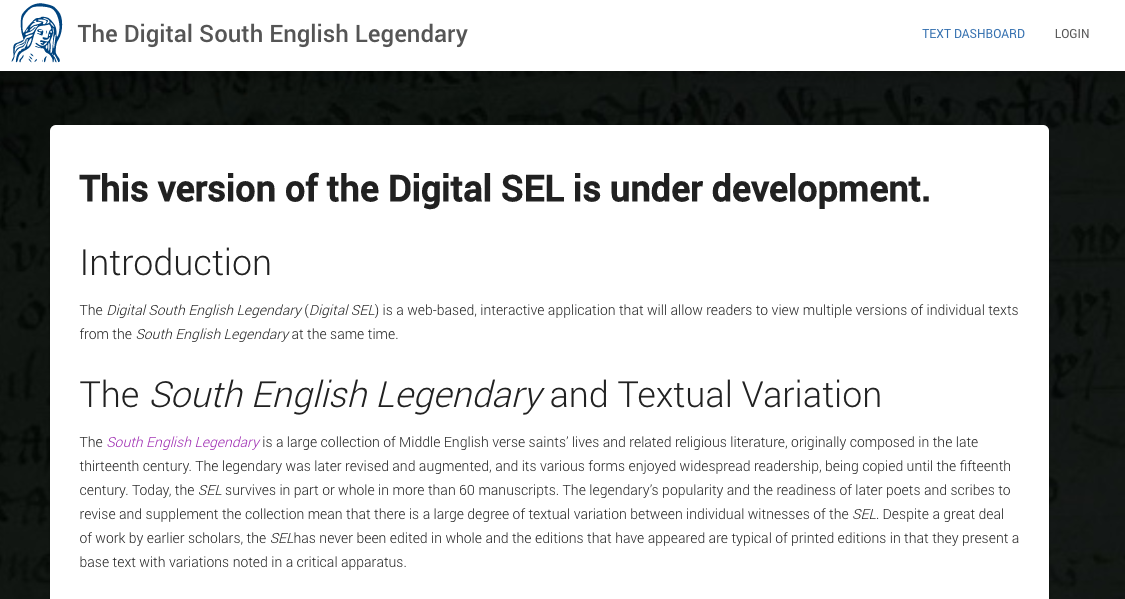 The Digital South English Legendary was my first foray into programming. The goal of the project was to try and come up with a way of editing a medieval text with many extant copies so that readers could examine different versions of the same text at the same time. Now that I have much more skill in programming than I did at the time, I have done a lot of rethinking on the project. I have started teaching myself OpenCV and machine learning in Python in an effort to automate the transcription process. I have written about the project and some of my thinking about editorial strategy for dealing with reproducing Middle English in electronic form at blog.digitalsel.org. All of the code is available at my GitHub account.

In September 2017 a group of friends and I participated in a state-wide hackathon, Code4PA, the goal of which was to “use open state data to increase transparency and efficiency for public engagement with the government.” We decided to focus our efforts on a newly-released set of campaign finance data and developed a MVP Rails app to store and display this data.

We were later contacted by the Pennsylvania Department of State who had heard about the project and were interested in meeting with us. We dusted off our Trello board and have been meeting every week to improve the app before our meeting with Governor’s office and a committee of executives on March 14th, 2018.

Check out the site at cashflowpa.org and follow along with our ongoing progress on Github. Also check out phrig.org where my friend and co-developer Sandro has been blogging about the project.

Septa, where you at?

This is a little React app for seeing where the closest bus is. The MVP returns bus locations from the Septa API, but my ultimate goal is to run the app on a Raspberry Pi with a magic mirror by my front door so that I can always see where the local buses are when I leave the house. If you have a Google API key, download the project and run it locally.